Soundbite Sociology and the Media Maze 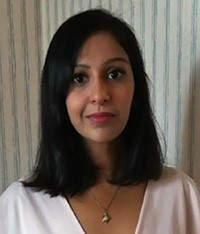 In early July BBC Radio 4 contacted the BSA Race and Ethnicity Study Group for help with its weekly show ‘Moral Maze’. The show is a live debate on a current topical issue, with four panellists cross-examining four ‘expert witnesses’. The debate for that week would be focused on ‘the morality of human difference’ given French President Emmanuelle Macron’s recent decision to strike mention of ‘race’ from the constitution to reflect the equality of all French people, irrespective of racial background. They invited me to come on the show and talk to my expertise on ‘identity politics’.

I was unfamiliar with the format of the Moral Maze when I was in discussion with the producers about my presence on the show. Previous topics have covered disparate issues from gender identity to international diplomacy to gang culture. The subject matter for this particular episode was highly compelling and seemed to beg both a sociological and scientific discussion about race. The wider ‘moral’ question posed by the show was: “How far should we go to recognise and even encourage human differences and group identities?” They had invited an interesting set of expert witnesses, besides myself, to join the show: Dr William Henry, Associate Professor at the University of West London, anthropologist Professor Adam Kuper, and author/assistant editor of online political publication ‘Spiked’ Ella Whelan.

In the Moral Maze, the panel are there primarily to interrogate the expert witnesses on the subject matter. Each witness has approximately seven and a half minutes to answer questions posed by the panel, with each having only a brief understanding of what may be up for discussion. The panel in this particular week consisted of journalist Melanie Phillips, former Conservative MP and broadcaster Michael Portillo, writer and founder of the Institute of Ideas Claire Fox, and Chief Executive of the RSA Matthew Taylor. Panellists that have previously appeared on the show have included academic Mona Siddiqui, Professor or Islamic and Interreligious Studies at the University of Edinburgh. However, they mainly consist of journalists and broadcasters who have a particular and usually well-known stance on the issue at hand.

There was a distinct, troubling lack of BAME representation on this episode, with only two of the witnesses (myself and Dr Henry) and none of the panellists hailing from minority ethnic backgrounds. Dr Henry and I could, and did try to, speak on the subject from our own standpoints as racialised minorities, as well as from our academic expertise on race and racism. The panellists sought to elicit parsimonious responses to highly complex and provocative questions including: ‘is racism still a problem’, ‘can Black people be racist’, and ‘are safe spaces a kind of prejudice’. The polarisation of views between the panellists and the witnesses were palpable, making for an extremely charged discussion. The key questions directed at me largely regarded the efficacy of safe spaces, and whether these constitute a sort of self-segregation predicated on a sense of anti-Whiteness and/or anti-maleness. Despite the need for brevity in my answers, I stressed the importance of giving voices to the voiceless. Safe spaces can prove not only useful but necessary for this purpose. I also engaged in a brief discussion about post-racialism, and the extent to which gender and racial inequality persists given the presence of (some) women and ethnic minorities in high level positions in industry and politics.  It was difficult within the format and purpose of the show to attend to much nuance, however.

There were some key takeaway points from the debate. Firstly, that race and racism is best discussed with the sort of historicisation and contextualisation that sociologists of race can bring to the table. Secondly, that the expertise and opinions of sociologists should be given more airtime in the mainstream, particularly broadcast, media. As questions of identity based on race, gender, class, nationality, sexuality have become increasingly salient, we are well placed to address the development of such debates over time and inject them with critical insight. Whether soundbite culture can and will accommodate us, and vice versa, is another question.