Recent Weather was intrinsically Social as well as Environmental 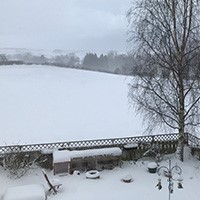 While not at work due to the extreme (for the UK) weather conditions rather than the strike action over the last few days, it was not hard to identify the ways in which this ‘event’ was intrinsically social as well as environmental. It brought home the stark inequalities in the UK at this moment in time. Whether that was the challenges homeless people faced, or the difficulties cash strapped local councils had adequately responding. Or the grim realities of fuel poverty felt by many, including those in precarious, low paid employment. It also brought out the value of community and collective action. People driving healthcare workers to hospitals, healthcare workers who then stayed on and covered other people’s shifts who could not make it in. Neighbours digging out other people’s driveways and sharing their supplies with each other. All of these acts show the value of recognising something beyond the individual – the social ties that connect us, the importance of public sector workers for a functioning society and the need for the state to provide an infrastructure that can manage such events and look after the most vulnerable.